The Archaeological Park of Ancient Ostia

The ruins of ancient Ostia (OSTIA ANTICA) are inserted in a geographical and territorial context very different from the original one: infact, in the Roman age, the Tiber flanked the northern side of the town, while now it touches only a minimal part of the western sector, having being his bed dragged downstream from a ruinous and famous flood, in 1557; furthermore, the coastline, originally close to the city, is currently about 4 km distant, due to the advance of the mainland and because of the debris carried by the river in the last 2.00 years. Ostia was a city built – with it’s river port – on the sea and on the river, and, this particular position, determined it’s importance over the centuries, from a strategic-military and economic point of view. 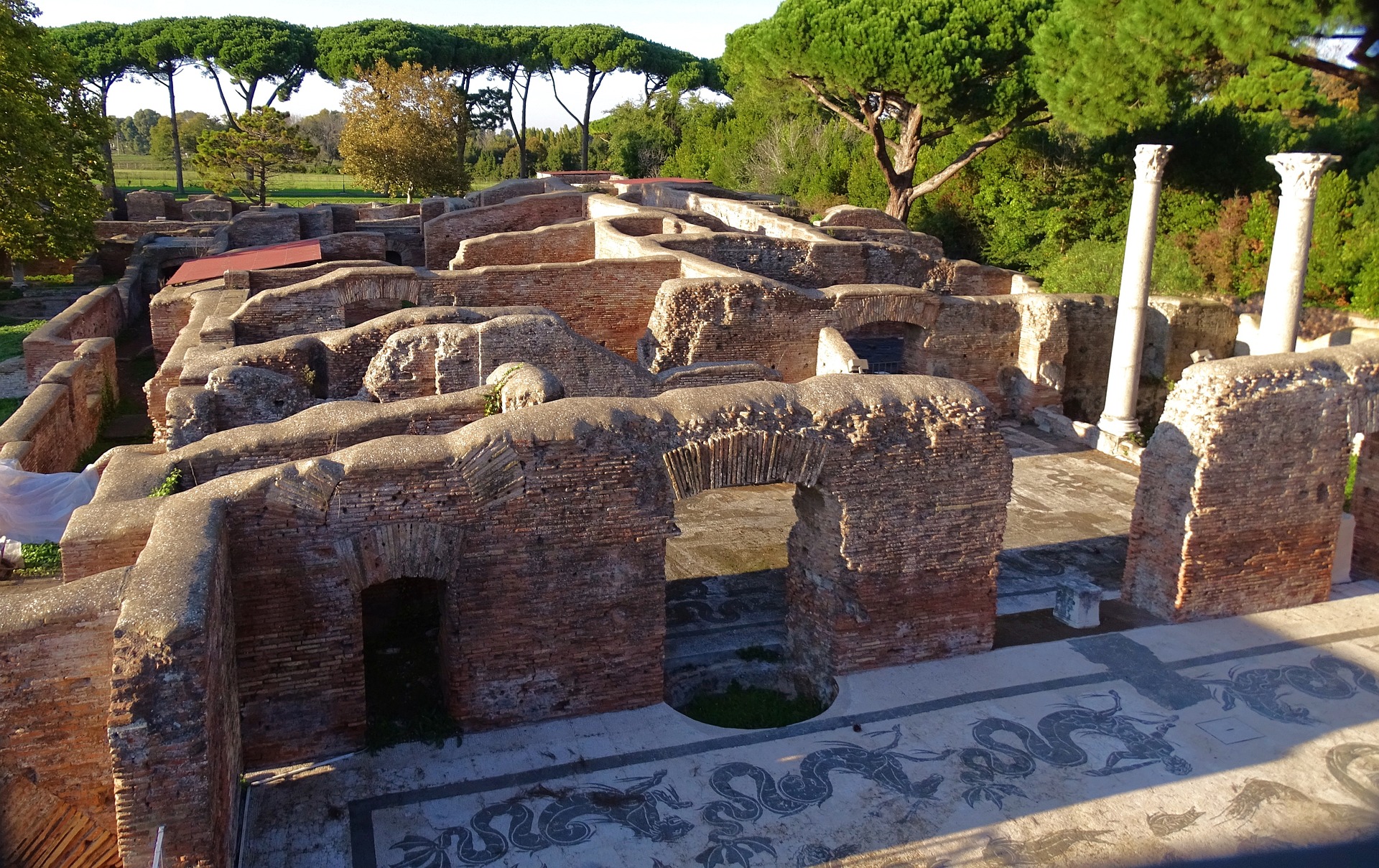 Moreover, an ancient tradition, attributed the foundation to the fourth king of Rome, Anco Marzio, around 620 BC, for the exploitation of saltworks located at the mouth of the Tiber (hence the name Ostia, from ostium = foce). However, the oldest ruin remains are represented by a fort (castrum) in blocks of tufa, built by Roman settlers in the second half of the fourth century BC, with purely military purposes, for the control of the mouth of the Tiber and the Lazio coast. Subsequently, especially after the II century BC, (when Rome had dominated the whole of the Mediterranean), the military function of the city began to diminish, destined to become, in a short time, the main commercial emporium of the capital.

At the end of the republican period, Ostia was a prosperous commercial center, surrounded by walls, in which three doors opened: Porta Romana, Porta Laurentina and Porta Marina.

The necropolis extended outside the walls, along the main connecting routes of the colony with Rome , along the Via Laurentina (necropolis of Via Laurentina or “Tombe dei Claudii”) and with the area in front of the ancient beach (two sepulchral monuments in memory of illustrious Ostian patrons) 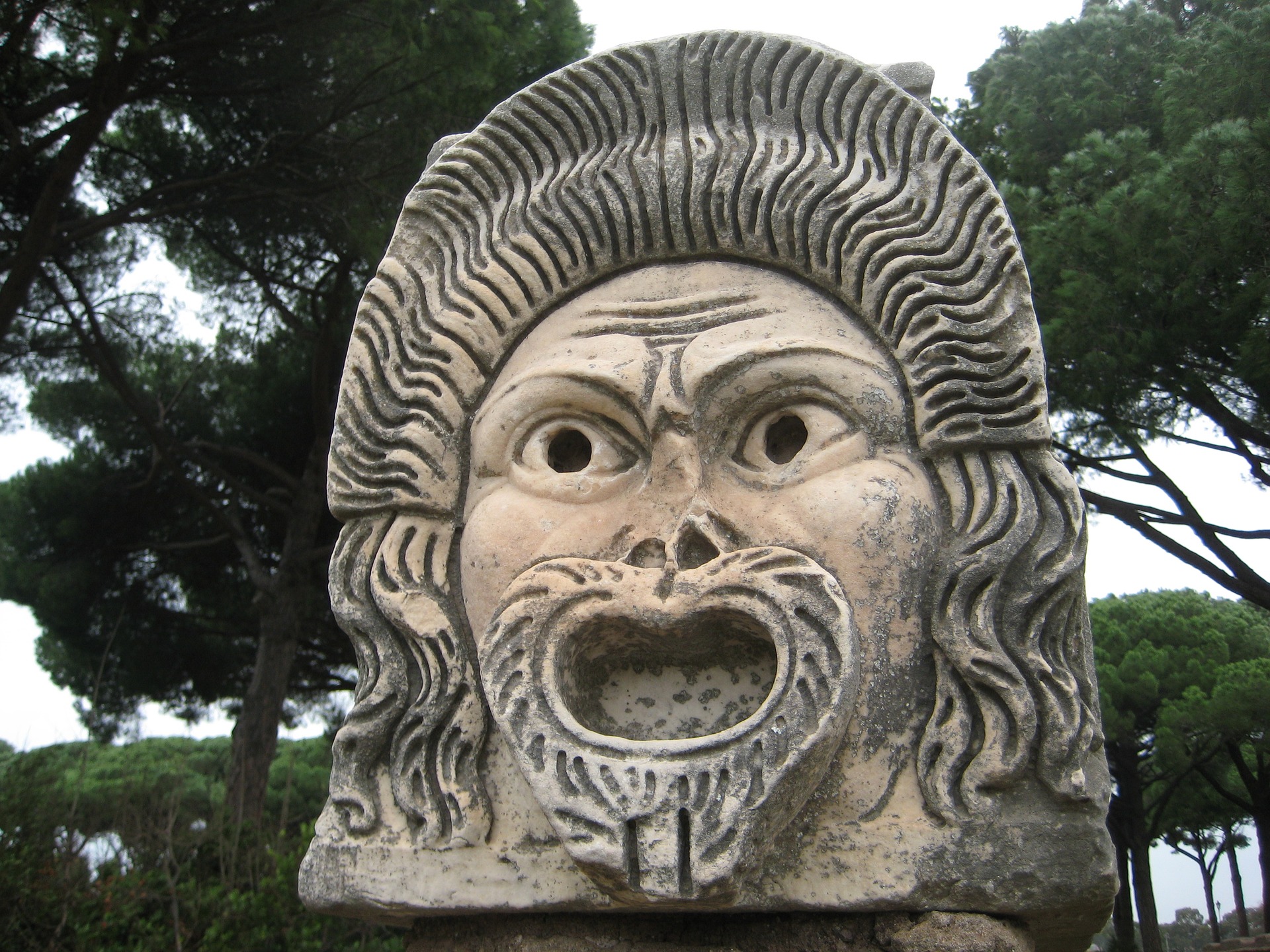 During the central decades of the II century AD, Ostia became more and more a flourishing and populous center (a number of about 50,000 inhabitants was calculated), frequented above all by merchants, travelers, shipowners and artisans. The conduct of economic-commercial activities, were conditioned by the presence of the Imperial Ports of Claudius and Trajan.

The Forum was built, the Capitolium, new baths, granary deposits (horrea), offices for professional associations (scholae) and large rental buildings (insulae). The so-called p. Delle Corporazioni was monumentalized at the theater. But, from the middle of the III century AD the the decline of Ostia not only for the general political and economic crisis, but for the importance assumed by Porto. In which all commercial activities had been transferred.

In the mid-sixth century AD, from literary sources, we learn that Ostia, now decayed and in a state of neglect, is cut off from any communication, being the navigation of the river full of obstacles and the Ostiense street has become wild.